END_OF_DOCUMENT_TOKEN_TO_BE_REPLACED

Tennis is back! This past weekend, tennis became one of the first sports to resume tournament competition since the outbreak of COVID-19. The UTR Pro Match Series hosted its men’s event from May 8-10 in West Palm Beach, Florida, and will host a similar women’s event from May 22-24.

The Tennis Channel has partnered with Ross Mobile Productions (RMP), Ross Video’s mobile productions division, to broadcast live coverage of the two events. RMP offers full-service production packages and rental services, and they have deployed a range of Ross solutions at the venue to support both events.

To cover this event, two 24-foot jib cameras with wide-angle lenses are based outside the court, providing a different but more intimate angle than viewers are used to seeing on television. Two Ross CamBot robotic camera systems are trained on each player from the middle of the court, with a hand-held camera also capturing the action from the opposite side. 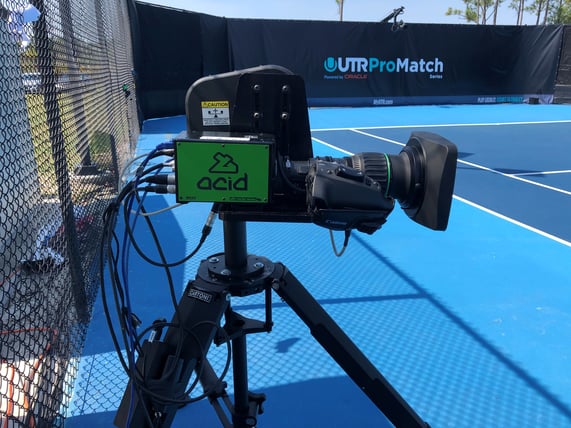 A drone camera is used to highlight key moments and follow player entrances, and players will wear headsets which allow them to interact with the network’s studio during play. No talent is on-site at the event, as matches are called from inside the studio. Commentary between the matches is done from the commentators’ homes via Skype. 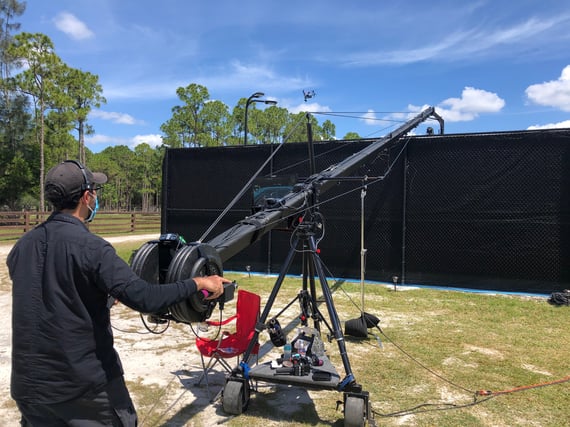 Commenting on the event, RMP’s General Manager Stephen Repass is pleased to see some green shoots of recovery, however modest. “It’s been a tough couple of months for sports fans everywhere. We have all missed the entertainment, excitement, and camaraderie of live sports, so I’m pleased we’re in a position to help kickstart the recovery and bring some live action to tennis fans around the world. I suspect it’s going to be a long time before we’re back to anything resembling ‘normal’, and we’re taking every possible precaution, but every event like this must be a cause for celebration and optimism.”

RMP's President and Executive Producer Mitch Rubenstein had this to say: “Tennis Channel had a great vision in mind to bring tennis and live sports in general back on the air. Their leadership wanted to be as innovative as possible and give fans something they weren’t used to seeing. No fans changes the atmosphere, but, at the same time creates an opportunity to be creative. When I got the call from Bob Whyley, their SVP of Production and EP, I knew we were going to be a part of something special, and between the on-site production and the studio presence, we definitely were.”

To ensure safety, both the men’s and women’s competitions are following stringent precautions. They are being held at a private court without spectators or public access, and contain singles matches only. Players will provide their own drinks and towels, and each will be given his or her own set of marked balls for use during the match.

Click here to learn more about Ross Mobile Productions and the range of services that they provide.