END_OF_DOCUMENT_TOKEN_TO_BE_REPLACED

Joining Nigel Spratling (VP of Production Switchers and Servers) and Les O’Reilly (Product Manager, Production Switchers) for the announcement was Ross Video’s CEO, David Ross. The event opened with a discussion about the inspiration behind the development of Ultrix Acuity before the trio explored how this solution marks a major step forward in production efficiency for a wide variety of live event applications. In case you missed the live show, you can watch the presentation on-demand.

The whole is greater than the sum of the parts

As the Product Manager for Production Switchers, Les O’Reilly dove into the details behind Ultrix Acuity’s technology. Described as a ‘hyperconverged’ production solution, Ultrix Acuity seamlessly integrates the massive routing and audio processing capabilities of Ultrix with the effects repertoire of Acuity in just a single 5RU chassis. With 2RU of rack-mounted redundant power, the result is a complete system that is ideal for applications where space comes at a premium, such as OB vans and mobile units.

A key benefit of the Ultrix Acuity platform is that it can grow with your production through simple cost-effective software licenses. "Built on the Ross-developed concept of a Software Defined Production Engine (SDPE), these new SDPE blades will allow us to drive Ultrix Acuity forward by continually adding new features and functionality,” said O'Reilly.

This flexibility is also highlighted by the fact that Ultrix Acuity ensures you can keep pace with format and connectivity changes. O'Reilly continued by explaining that “Hybrid connectivity is a fundamental building block of Ultrix Acuity, but you can also mix and match SDI and IP sources as you see fit.” 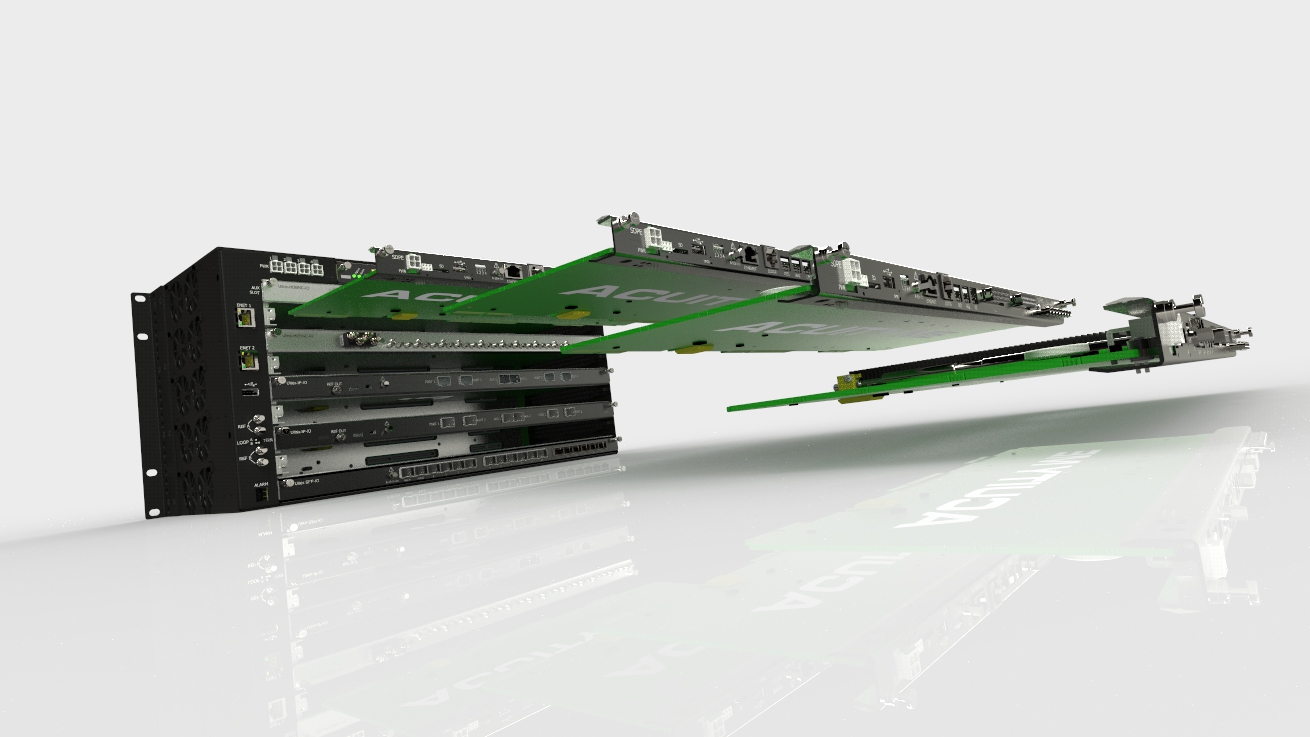 While Ultrix Acuity is a game-changing production solution, those most familiar with operating on Ross control surfaces might not even notice a change. “There is no difference to the user when they sit down in front of our control surfaces,” said O’Reilly. Ultimately, this will lower the cost of training and reduce the ramp-up time normally associated with new hardware.

For those wanting to learn more about the new Ultrix Acuity platform, visit our new webpage and stay tuned for our frequently asked questions.